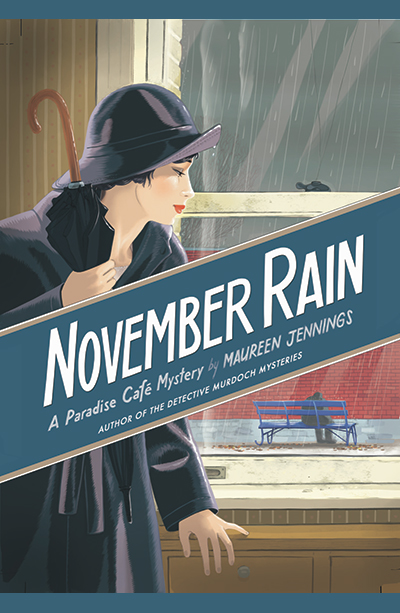 Charlotte’s boss at T. Gilmore and Associates takes off on a mysterious trip to Europe, leaving Charlotte in charge of the detective agency. Mrs. Jessop hires the newly promoted Private Investigator to inquire into the untimely death of her son, a veteran injured in the Great War. The police ruled it a suicide, but Mrs. Jessop doesn’t agree and wants Charlotte to find out what really happened.

Then Charlotte is hired to infiltrate a small women’s wear manufacturer to uncover communist agitators. When the factory supervisor is murdered on the job just as Charlotte starts to look into it, she gets seconded to the police to help find out what happened.

The November clouds darken and Charlotte is left to struggle to solve two mysteries at the same time — until they intersect. Add an aging grandfather, an absent boyfriend, and a mad scheme to mount a controversial play at the Paradise Café and Charlotte has her hands full.